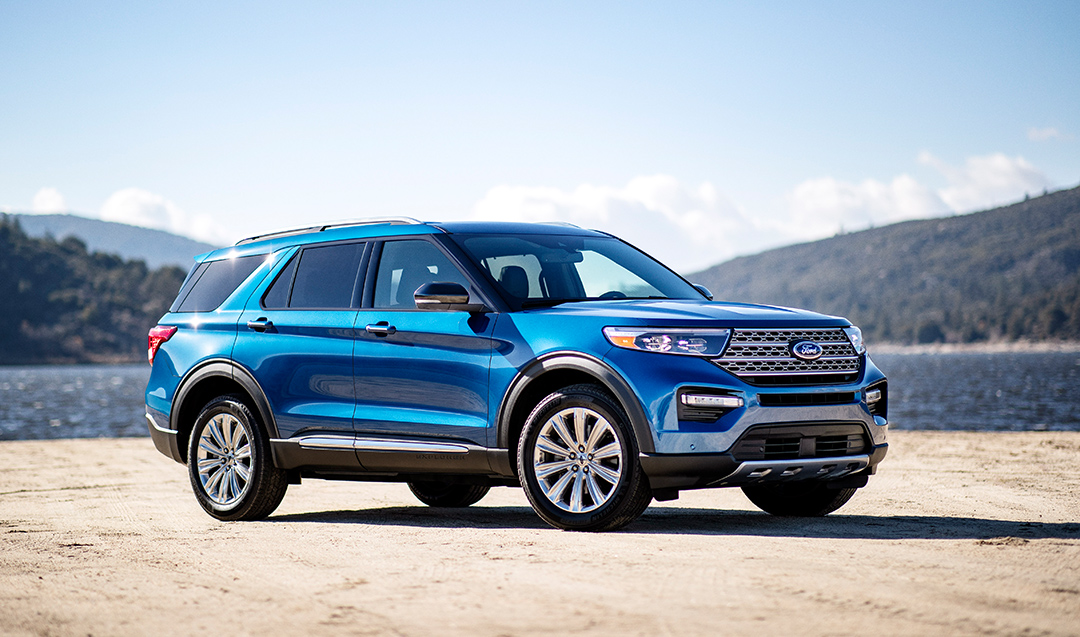 New Yorkers road-tripping to Washington, D.C. and back are looking at a 454-mile journey. Detroiters driving to Toronto and back are on the road for 466 miles. And Angelenos making the trip to and from Las Vegas cover just over 500 miles.

No matter the destination, they can all agree – any road trip is better with fewer gas station stops.

“Explorer is the ultimate family adventure vehicle – and fewer pit stops is one of the latest reasons why,” said Bill Gubing, Explorer chief engineer. “Explorer provides space for the whole family and their gear, it’s got great towing capability, and now it has range like no Explorer before.”

Its no-compromise qualities also extend to the cargo area. Unlike most previous hybrid vehicles, Explorer Limited Hybrid features a specially designed liquid-cooled lithium-ion battery built into the chassis below the second-row seats to preserve the cargo*** and passenger space that helped make it such a popular vehicle with families.

** Maximum towing varies based on cargo, vehicle configuration, accessories and number of passengers.

***Cargo and load capacity limited by weight and weight distribution.